“THEY KEEP TAKING PHOTOS OF CAMERON!!  THEY KEEP TAKING PHOTOS OF CAMERON!!”  A bedraggled man with a thick beard, a navy woollen hat, and very few teeth is pushing a shopping trolley towards me and screaming about ‘Cameron’.   As he nears I see a bottle of whisky in a brown paper bag perched in the child-seat, and in the main part of the trolley a grinning Blue Heeler peers out from beneath a blanket.  I’m appreciative of his old-school homelessness – in an eighties movie he could be an extra: “Man playing hobo”.  When he’s almost directly beside me he stops and it’s clear he wants to talk.

I weigh up the risk he poses.  It’s 6am, still dark and Albury’s main street is deserted.  He’s bigger than me, but wobbly on his feet.  I’m pretty sure I could push him over, if it came to fight.  Or outrun him, if it came to flight.   And either scenario is unlikely.   Curious to see what’s going to happen, I stop and turn to face him.

Starting to tart up …

My initial thought is of journalists taking photos of David Cameron, but I immediately dismiss that; England may be foremost in my mind but there’s no way this man is thinking about the British Prime Minister.  I briefly wonder if there’s something more sinister about his ‘Cameron’ and the photos but I won’t find out.  Before I respond I see him looking at something behind me.

Over my shoulder I see another homeless man is rapidly approaching.  He’s dragging an injured leg, lumbering forward like a zombie.  My stomach lurches when I see his filthy feet covered in sores and his partially black toes.  Gnarled yellow toenails poke up from his sandals and a strong smell of urine hits me.  It’s my cue to leave.  Any curiosity I had to see where this is going has been killed.  In any case, I’m running late for the gym.

I walk a block and see a well-dressed woman in her forties.  I’ve left my iPhone at home so I smile at her, “Excuse me, could you please tell me the time?”

She looks at me nervously and keeps walking, picking up her pace.  Um, what the hell?!!

I glance at my reflection in a shop window and laugh abruptly out loud.  I wince as my raucous “Ha!” stabs the morning air in the quiet street but I’m still amused by what I see.  Over my lycra gym gear, I’m wearing a thermal long-sleeved top.  This is tucked into huge tracksuit pants which are pulled up high because they’re too long and drag on the ground.  The bottom of the tracksuit pants are tucked into my now bulging socks to further prevent them dragging through the frost and water.  A hoodie is done up tightly over my head so it comes down to my eyebrows and over my chin, making me look like Kenny from South Park.  The ensemble is topped off with a hand-knitted poncho complete with pom-poms and a pair of woollen gloves.  All items of clothing are different colours. 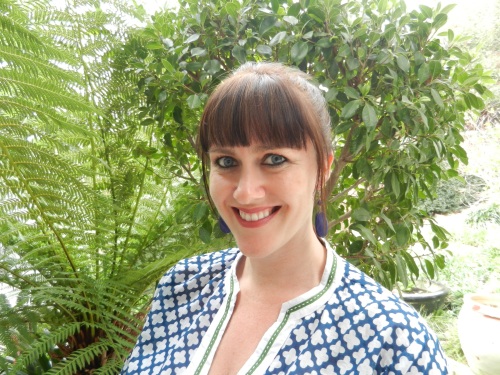 The respectable woman has just seen a weird homeless person trudging towards her and decided to keep moving.  Cackling out loud like Edna Krabappel from The Simpsons probably didn’t help.

In only eight months removed from London and a work routine, I’m swiftly on my way to looking like the Hobo’s Girlfriend or Zombie-Man’s Bride.  As much as I don’t want to, it’s obviously time for me to return to civilisation or I’ll soon have my own shopping trolley and a bird living in my hair.

I’m more refreshed, relaxed and rejuvenated than I’ve been in a decade but it’s time to end the homeless look and return to society.  I’ve grudgingly pulled out the dress-up kit.  My clear country-air skin will be covered in makeup, my comfortable tracksuit will be replaced by restricting dresses and my feet will be painfully heeled.    My sabbatical has been superb, but London here I come.

This is my thirtieth blog post and, as I’m departing soon, will be my last for a while.  I’ll have a lot to organise when I return so I’m taking a break from writing until everything’s back in order.  Thanks for reading my posts and I’ll see you soon.

This entry was posted in August 2012 Posts, Australia and tagged Appearance, Homeless, Looking in the mirror, Returning home. Bookmark the permalink.

16 responses to “My reflection”